The model might be basic, but it isn’t common 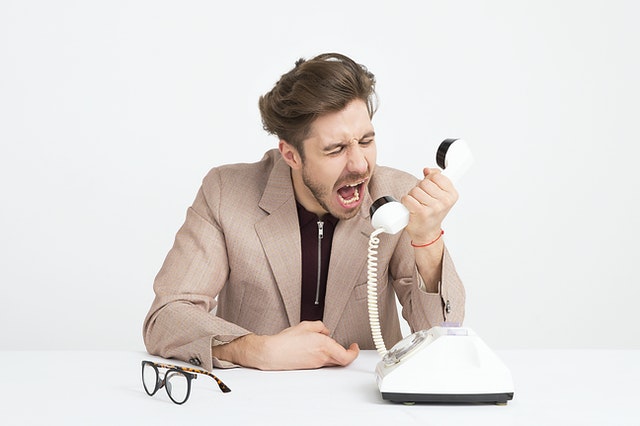 (Photo by Moose Photos from Pexels)

George Bernard Shaw said: “The single biggest problem in communication is the illusion that it has taken place”. This quote came to mind while I was contemplating the basic communication model which many of us learn about early in our careers.

If you are unfamiliar with it, do a quick Internet search and you will find two variants.

The first shows a unidirectional flow of information from a sender to a recipient. This model works well for those situations where a sender doesn’t particularly care if a recipient has received, understood, processed and acted upon the communication such as a mass broadcast.

However, in most circumstances, the second version of the model which includes communication back from the recipient is more helpful. At a minimum, this might be feedback on the content of the original message, but if that feedback will be delayed due to the recipient having to perform some action, an initial acknowledgement that the original message was received is expected.

So let me ask you a simple question. How often in the previous week in either personal or business contexts when you had sent a communication for which you were expecting feedback did you receive no acknowledgement of receipt?

If the communication medium used was e-mail, instant messaging, persistent chat or a phone call, back in the day we might have chalked it up to the recipient not being able to receive the original message in a timely manner. In these days of being actively connected 24×7, that dog don’t hunt.

I’d wager that this happened to you on more than one occasion.

How did that make you feel and what did you do about it?

If the stakes involved were low, you might have done nothing. Such situations might have fallen within the scope of the first model.

But what if the message was urgent or important? In such cases, depending on how patient you were, you might have performed the following steps:

If after getting to step 3 there was still no response, you might have either repeated steps 2 and 3, escalated or given up.

If we analyze these activities through the lens of lean, none of these are value-add.

I referenced a similar scenario in my previous article about personal agility. But this is much more profound. It is about showing respect for others and the Golden Rule. I’m sure the recipient of your communication would expect to be granted the same consideration as you were expecting.

What cracks me up is that some of the worst offenders are those individuals who have boilerplate footers on their own e-mail messages such as “Please confirm receipt of this message“.

Before checking if your team is agile…

I’ve written previously about my three tests for assessing agility: are we delivering value to our stakeholders early and regularly, are we progressively improving quality, and are we helping our customers, team members and key stakeholders to be awesome.

When it comes to values and principles, whichever flavor of agile you subscribe to, they all promote the importance of respect, focus, communication, learning and transparency.

But can a team embrace such values and start to deliver the benefits of increased agility if individuals within that team don’t operate in an agile manner themselves?

Let’s start with a simple example.

While working remotely, one team member sends another an e-mail requesting an update on an activity they are depending upon which had been discussed during the daily coordination meeting. The message is received by the owner of that activity, but they don’t acknowledge the message or respond in a timely manner. The first team member waits a while and then tries to contact the other team member via a persistent chat tool only to find the other team member has turned their notifications off. They are also unable to connect via a phone call. Finally close to the end of the day, the owner provides the needed update to the first team member.

On the surface, this seems to be a fairly minor breakdown in communications which often happens when team members are dispersed and possibly working on more than they can effectively juggle at one time. It might have been prevented by a combination of working agreements for intra-team communications and by the first team member using a more effective means of communication for their initial request.

But if we bring it back to the original benefits and attributes of agility, could we claim that the individuals involved are operating in an agile manner? The first team member wouldn’t perceive that the communication process was valuable and their frustration with the situation demonstrates that they weren’t made to feel awesome. Communication was clearly ineffective and one could also argue that the second team member didn’t show sufficient respect for the first team member’s time.

Scrum highlights inspection and adaptation as two of its three pillars but these are valued in other agile methods as well. But if individual team members aren’t regularly pausing to introspect on what they do and how they are doing it, how effective will their inspection and adaption be at a team level? They might be good at finding fault with others, but can they do so with themselves?

An agile team is a learning team. They build time into their work routines to learn new skills and approaches. But do individual team members invest in their own learning? Do they ensure that a little bit of each day and each week is spent learning something new?

What are you doing to retain the “crazy” ones?

One of Steve Jobs’ most famous quotes comes from the kickoff to the 1997 Apple Think Different campaign: “Here’s to the crazy ones, the misfits, the rebels, the troublemakers, the round pegs in the square holes … the ones who see things differently — they’re not fond of rules, and they have no respect for the status quo.” Jobs might have been referring to visionaries or to the customers who crave the products those visionaries produce, but if we want to benefit from diversity, the same applies to the people we hire within our teams.

HBR published an article recently on the subject: “Why You Should Invest in Unconventional Talent”. In it, the authors provided some good suggestions on how to hire such round pegs but is hiring where the challenge ends?

Culture gets created by the people within a team and when you introduce someone who is sufficiently different from the others one of two things can happen. Their uniqueness results in a shift within the existing culture or their uniqueness gets suppressed and the culture remains constant. The newcomer’s job satisfaction and likelihood of retention are likely to be higher in the former scenario.

Having the team leader remind everyone in the team in the days leading up to the newcomer’s arrival that change is uncomfortable and that the team will be going back through the forming-storming-norming phases but that they should be mindful of their reactions to the new team member’s behavior can help.

Effective onboarding is crucial, especially when it comes to helping the newcomer learn the team’s way of working.

If there are a few ground rules which the team highly values and is unwilling to change, those should be explicitly communicated to the new team member. This should have happened during the hiring process but if not it needs to be part of the the initial orientation phase. This is not to say that the new arrival shouldn’t be encouraged to question the rationale behind those agreements, especially if they feel the rules will pose a challenge to them. And if there is a very good reason why those rules might need to be tweaked, the team should be open to that, otherwise they will be sending a clear message to the new arrival that they are going to be “Borg’ed”. Once they get their feet wet, the new team member should also be given the opportunity to add to the team’s working agreements.

Assigning a buddy to support the new team member is also a good practice. This buddy should be someone who can be trusted to listen to the newcomer’s concerns but to keep those to themselves and to provide support and constructive feedback to help with the integration process.

But underlying all of this is psychological safety. If the leader and the team are unwilling to extend Inclusion and later, Learner safety, the team won’t benefit from the uniqueness of the new team member.

B.A. Baracus might have called “Howling Mad” Murdock a “crazy fool” in episodes of the 1980’s TV show, the A-Team, but he and the others respected his role within the team and effectively benefited from his “mad” skills as a pilot.

What are you doing to retain the Murdocks within your team?

Get Kiron's new book Easy in Theory, Difficult in Practice.